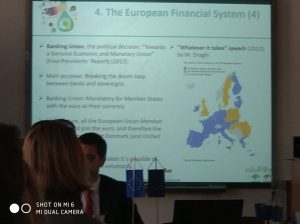 This event was retransmited online by skype to all students of the project.

This conference had a very important  repercussion in mass media like you can see in these links : 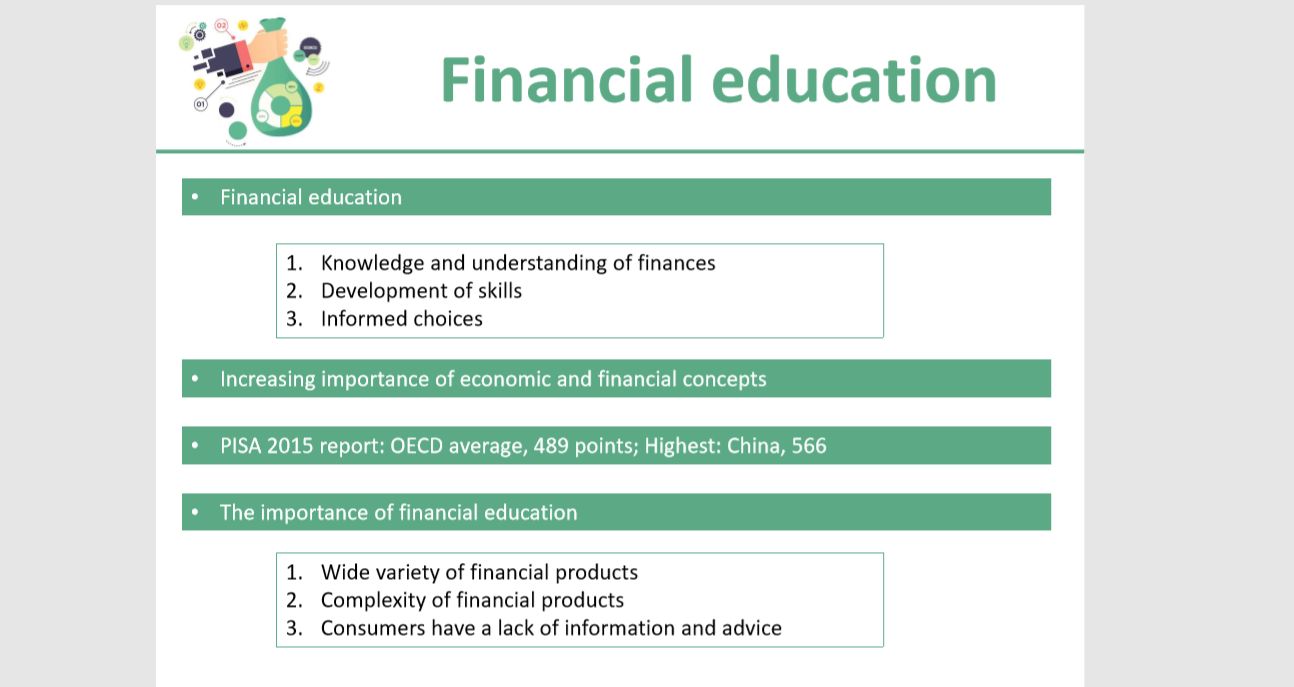 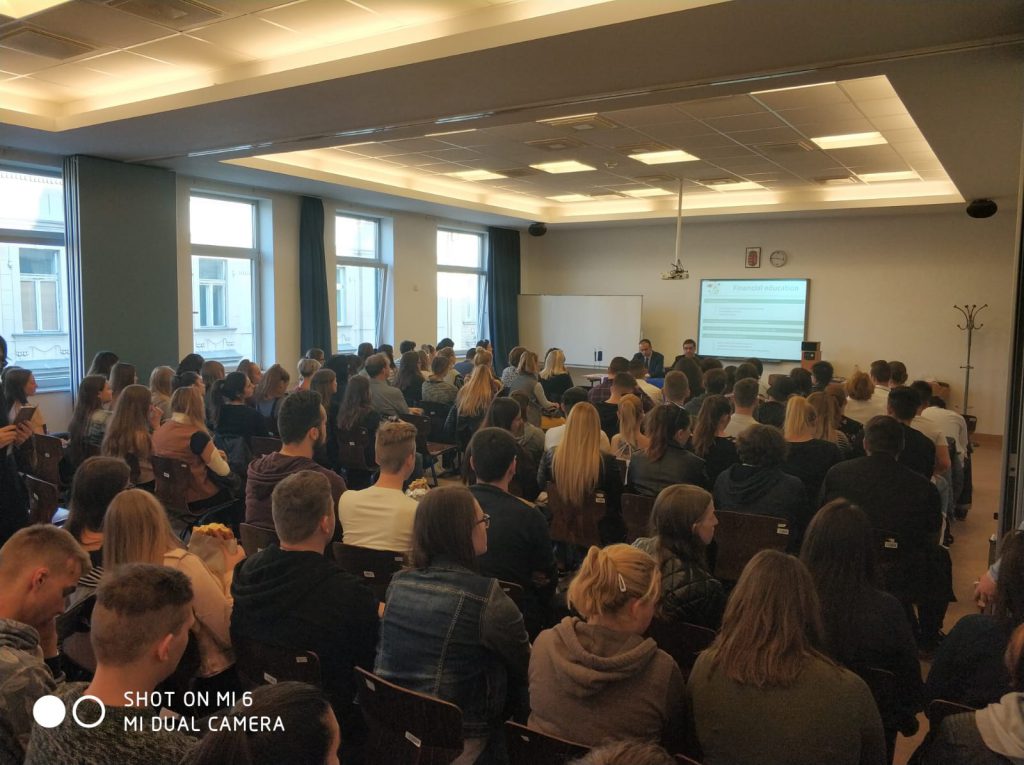 This event was retransmited online by skype to all students of the project.

Professor Jose Antonio Diaz Campos, Head Director of Education division of Unicaja Bank Fundation , Developed a conference about Financial Literacy for Entrepreneurship where it was analysed the Educational resources for enterpreneurs. 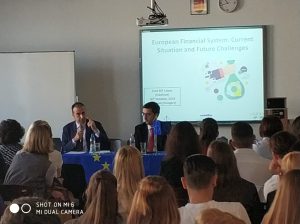 This conference had an important  repercussion in mass media like you can see in those links :

C2 Meeting from the student’s eyes 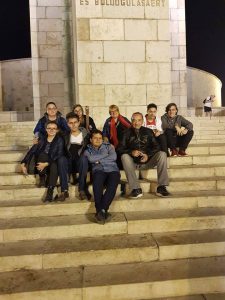 Our students participated in the meeting in C2:Budapest and they have make this super video ¡¡
https://youtu.be/6JKpRz4CMvU
Here their experience told by themselves

OUR WEEK IN BUDAPEST WITH ERASMUS+

A few weeks ago we came back from a great experience. We came back from Budapest, Hungary, after being there for a week thanks to our Erasmus+ project. None of us, Ofelia, Irene and Jasmin, thought that it would be so beautiful nor that we would spend such an amazing time.
We arrived on Sunday 14.10. to the city, Ofelia and Jasmin stood at a Hungarian boy’s house, while Irene spent her nights in a school-residence, or how they called it, “cumpus”.

On Monday 15th the week started with the welcoming at the participant school of the project: BGSZC Belvárosi Gazdasági Szakgimnáziuma. The first activity was to present each of the schools, talking about the study offer and including some information about the country’s culture. Next to that we had a conference about the challenges of Hungary in the era of digitalization. To start communicating with the students, an Escape room about economic themes was organized inside the school. We had free time in the evening, but thanks to two hungarian boys, György and Aron, we had the opportunity to see Budapest in a different way. They were our guides during the week, and we are very thankful.

Campos about financial literacy for entrepreneurship, and another one by Mr. José María López Jiménez about the European financial system: current situation and future challenges. After that each “team” had to make the presentation about the social entrepreneurship projects on which they will work during this course and that must be completed for the meeting, which will take place in Bucharest. Then we had time to make some interviews/podcasts about the projects, that can be found on the project’s website (dtse.eu).

One of the most interesting days was Wednesday 17th. Firstly we visited the Graphisoft Park, where they explained to us the story of the company and they showed us the building, which was really impressive for us due to the big common and relaxing areas. After finishing the visit, we went to the Buda Castle, amazing. The buildings and gardens are magical, they bring back you to a past time, to a tale.

On Thursday 18th we went to the Balaton lake. It’s the largest one in Central Europe (80km length * 14km width). It’s also called “the Hungarian sea” and it’s not only a summer destination for Hungarians but also for many Europeans. We had lunch at a restaurant where we could choose between Wiener Schnitzel and Gulasch, and for desert between plumb gomboc and cherry-marzipan cake. Everything was delicious. After eating we went to the peninsula Tihany, they showed us a little but lovely church, and they let us some free time which we used to taste the delicious lavanda ice. During the return we stopped at a park with Bob slides. That was funny.

The friday 19th was our last day. We were pretty exhausted. They made one last conference called “Budapest uses the success of its emerging companies to be an European technology center”. Then Irene and Ofelia did their workshop: “The six thinking hats”, it went really good. After that we visited Prezi. It was one of the best visits, very interesting and curious. The ideal place.

The farewell was on Saturday 20th. We could sleep a bit more this day since we needed to get up early every day. We packed our bags and they brought us to the airport. We wanted to stay, but we were missing our Málaga.

We will never forget this trip. Thanks to the coordinator Andrés and to the Erasmus+ project for having made this possible. 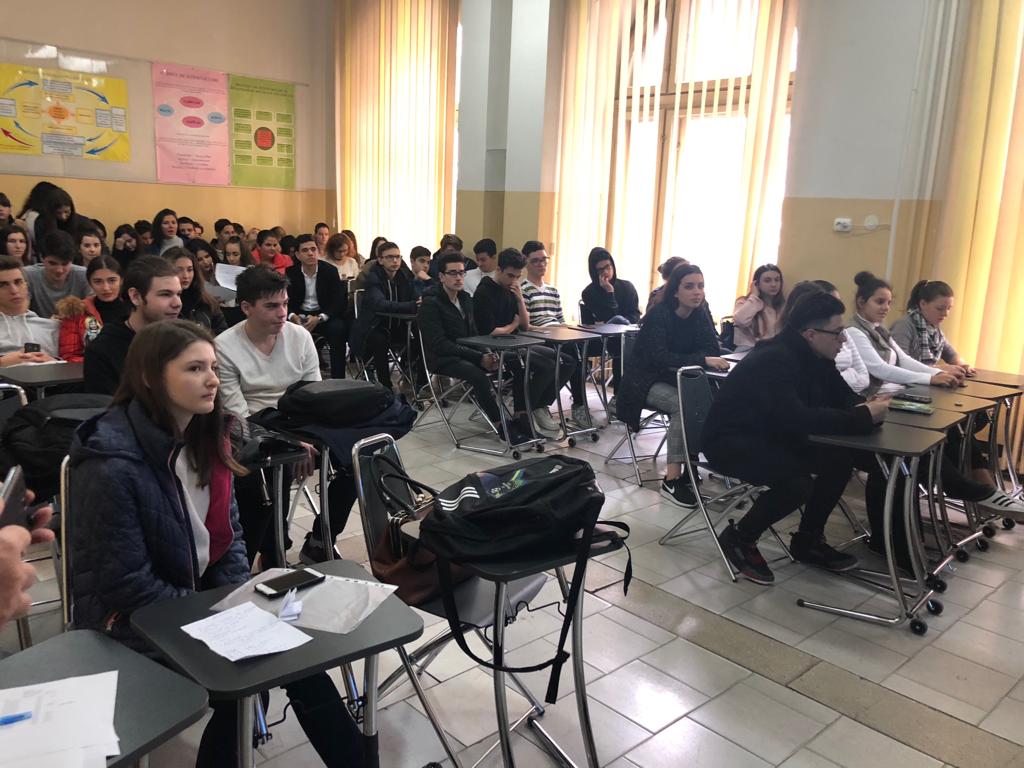 On Wednesday, November 7, 2018, the SSCNK Bucharest students’ team who participated in the C2 mobility in Budapest  presented to their colleagues and teachers the activities on the project on this occasion. 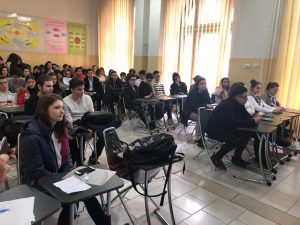 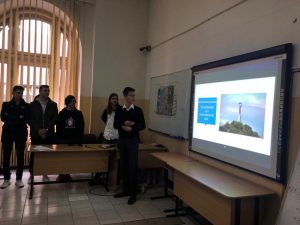 C2 Budapest: How the students see the meeting in Budapešt

In October we had an opportunity to spend a week in Budapest. From our school we went four students and three teachers. First of all we checked in to the school resident or guest family and met other participants of project. During the week everybody had to show their presentations about their country, school and project about social entrepreneurship. We visited Buda Castle, Graphisoft and Balaton. While we were getting to know Budapest we saw some interesting places, had a tour in Parliament and had a boat ride on the Danube. With help of Hungarian students, we saw the Heroes’ Square and a beautiful park. We attended Escape room and we were also walking through the centre of Budapest at night. Our trip ended with visit to company called Prezi. The whole week was unforgettable; we had fun and found new friends. 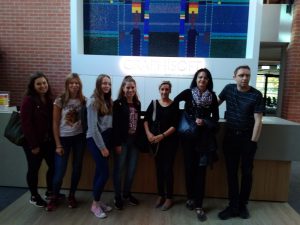 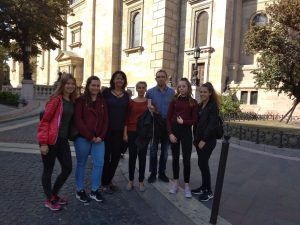 In last C3 Meeting in Budapest, Our Student Jasmin T. has presented this Conference about the importance of sustenibilty of the resources like water in a presentation titled: “WATER, A SCARCE GOOD” and the Arduino project which will be developed for inteligent irrigation. 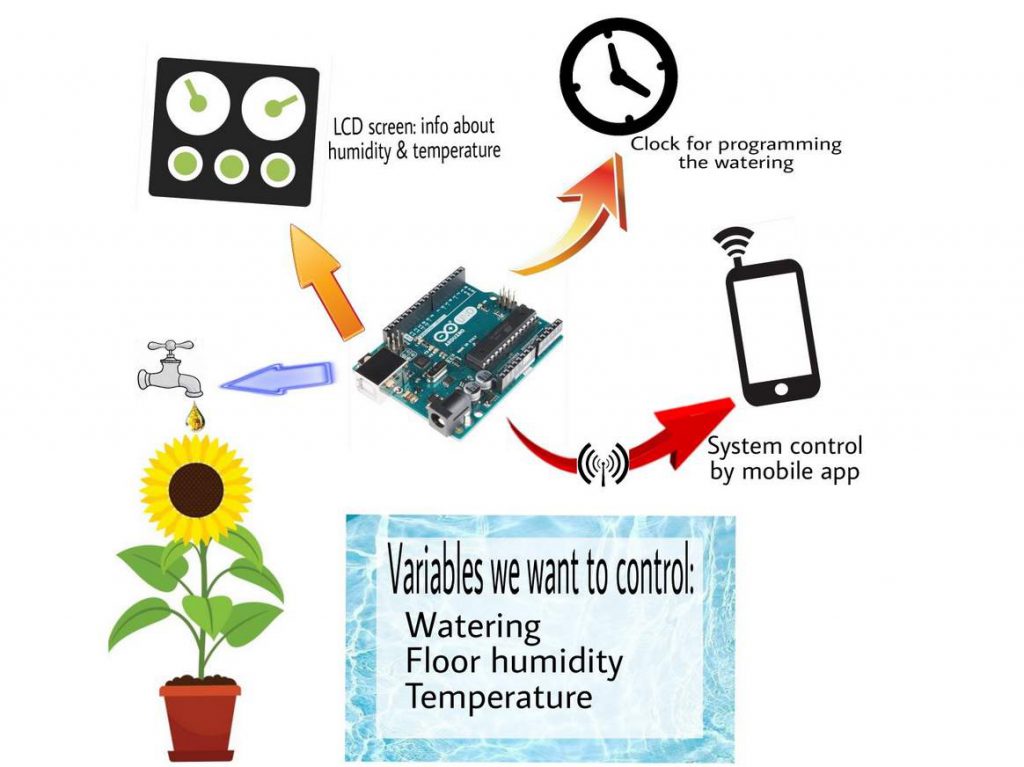 You can see it here: Presentation 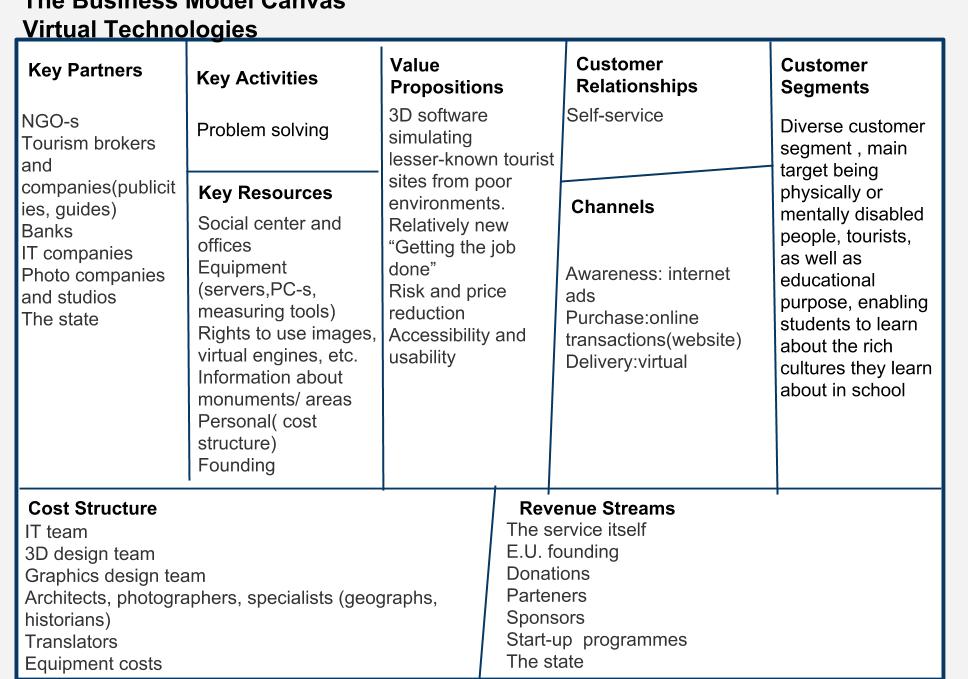 C2 Workshop How to make a Business Canvas in Technology

Romanian Team prepared this workshop to show how to make a Business Canvas in Technology in the last C2 Meeting which was held in Budapest. 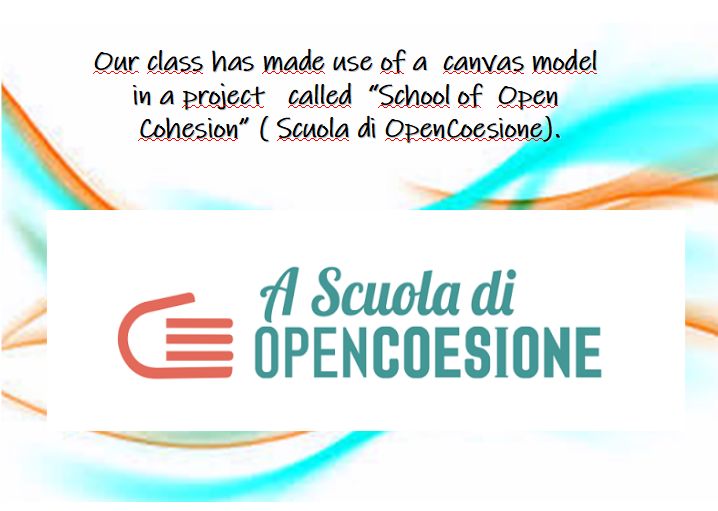